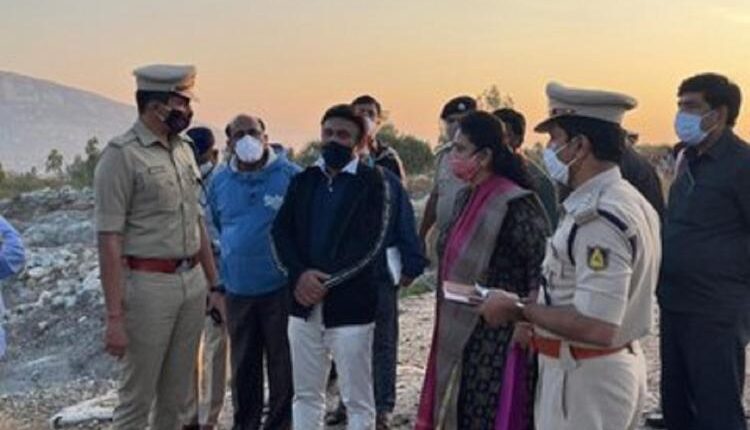 Chikkaballapur: As many as six people were killed while trying to dispose of gelatin sticks at a stone quarry site in Hirenagavalli village of Karnataka’s Chikkaballapur early on Tuesday.

The tragedy comes just a month after a similar mishap was reported from Shivamogga district where six quarry labourers died in a quarry site due to an accidental explosion of a similar nature.

According to initial reports, the blast occurred when gelatin sticks used for blasting were being transported in a vehicle.

Two have been held in connection with the incident. A case has been registered at Gudibande police station. An FSL team is at the spot.

Karnataka Health Minister K Sudhakar, who represents the Chikkaballapur constituency visited the spot and said the bodies of the victims were badly mutilated. He said stringent action would be taken against the owners of the mines, who had stored the explosives illegally.

CM Yediyurappa called the incident “shocking” and has ordered a strict investigation. “The death of six people near Hirenagavalli village, Chikkaballapur, due to a gelatin blast is shocking. District in-charge minister and senior officials have been instructed to conduct a thorough probe and take stern action against the culprits,” he said.

Pained by the loss of lives due to a mishap at Chikkaballapur in Karnataka. Condolences to the bereaved families. Praying that the injured recover quickly: PM @narendramodi

Dubai: This restaurant serves the ‘world’s most expensive biryani’