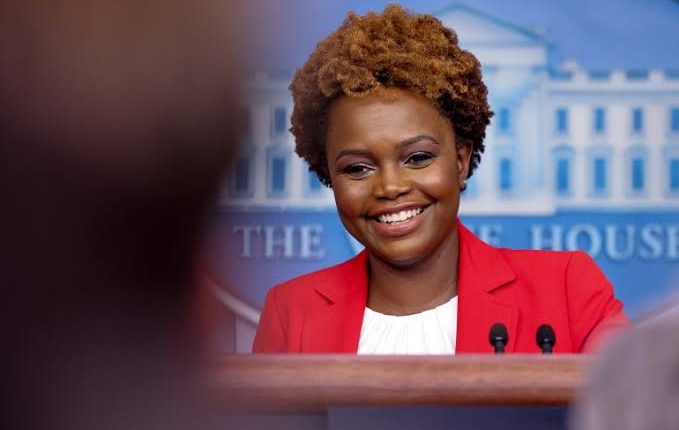 Washington: US President Biden has named Karine Jean-Pierre as his new top spokesperson – the first time a black, or openly gay, person has held the role.

Ms Jean-Pierre, 44, has served as the administration’s principal deputy press secretary since Mr Biden was elected.

She will replace outgoing press secretary Jen Psaki, 43, in the top role at the end of next week.

Ms Psaki is taking up a job at the left-leaning MSNBC cable news outlet.

On Twitter, she called her successor a “remarkable woman” with “a moral core”.

“I can’t wait to see her shine as she brings her own style, brilliance and grace to the podium,” she said.

For the first time in US history, the face of an administration will be that of a black woman, and of one who is openly gay.

The ground-breaking announcement underscores a Biden administration that has placed an emphasis on putting black women – frequently considered an essential, but politically invisible part of the Democratic Party coalition – in positions of power.

Doctor Strange in the Multiverse of Madness movie hits theatres