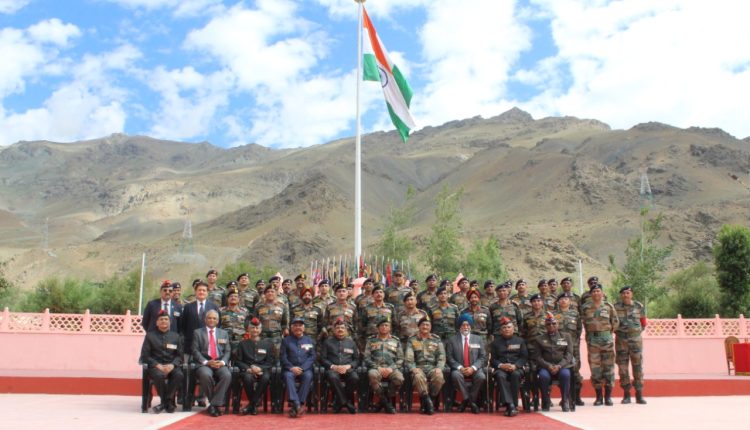 New Delhi: To commemorate the victory of the Indian Armed Forces and pay tribute to the supreme sacrifice of the Gunners in “Operation Vijay”, Point 5140 at Dras, in the Kargil sector has been christened as “Gun Hill”.

Regiment of Artillery of the Indian Army, with lethal and accurate firepower, was able to have a telling effect on the enemy troops and their defences including Point 5140, which was the key factor in early completion of operations.

On behalf of the Regiment of Artillery, a wreath was laid by Lieutenant General TK Chawla, Director General of Artillery at Kargil War Memorial, Dras, alongwith Veteran Gunners who had participated in the operation. Lieutenant General Anindya Sengupta, General Officer Commanding, Fire & Fury Corps also laid a wreath on the solemn occasion.

The ceremony was conducted in the presence of Veterans from all Artillery Regiments, which got the honour title “KARGIL” in Operation Vijay. Serving Officers of the Gunner fraternity were also present on the occasion.

Planning For Monsoon Vacation? Must Add These Places To Your List

Centre Is Working Against Spirit Of Cooperative Federalism: Telangana CM