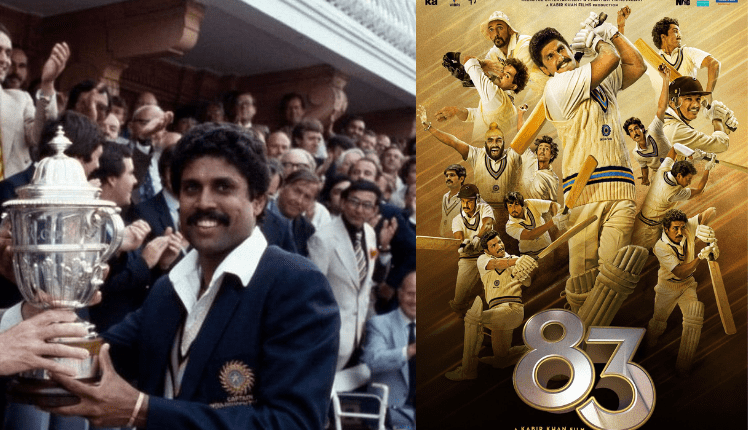 New Delhi: As Ranveer Singh-starrer ’83’ is set to give a chance to relive India’s first cricket World Cup triumph all over again, former India captain Kapil Dev on Tuesday shared the trailer of this movie and wrote on his Instagram: “The story of my team.”

Sharing the trailer of ’83’ starring Ranveer Singh, Kapil Dev wrote on Instagram: “The story of my team.”

The trailer begins with the commentator mentioning how the Indian cricket team must be recovering from the double thrashing they received from West Indies and Australia at India vs Zimbabwe 1983 match. What follows is the journey of how team India emerged as champions at the 1983 World Cup despite several hurdles.

Kapil Dev could not be more proud of the makers of ’83’ who have the hard task of portraying India’s World Cup in 1983 on the silver screen.

Interestingly, Deepika Padukone will be seen playing Romi, Kapil Dev’s wife in ’83’, which will hit the big screen on December 24. It was on June 25, 1983, when India lifted their first-ever cricket World Cup title, defeating West Indies in the finals by 43 runs at the Lord’s Cricket Ground. It is now 38 years to India’s triumph in the tournament.

Govt Has Not Taken Any Decision To Prepare NRC At National Level: Centre