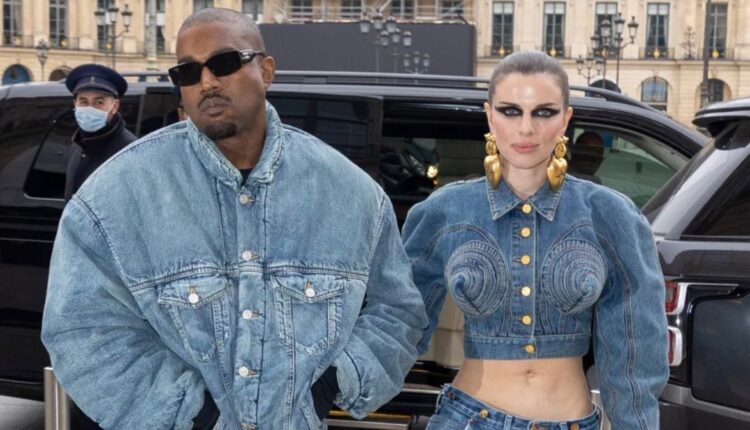 Paris: Kanye West and Julia Fox made their relationship red carpet official as the couple attended the Paris Fashion Week together and even made a matched their outfits for the same.

On Sunday, the 44-year-old rapper and his 31-year-old actress girlfriend of Uncut Gems fame attended a fashion show together as part of Paris Men’s Fashion Week in France.

Julia and Kanye were seen getting cosy in snaps as the duo posed together. The couple sported matching denim ensembles with black gloves. While Fox and West have already been hitting the headlines for their romance, the duo’s recent outing grabbed more eyeballs as they made their red carpet debut as a couple. Kanye and Julia were seen arriving hand-in-hand for the event.

Check out the photos here: The new couple is currently taking Paris Fashion Week by storm, and on Monday (January 24), the 31-year-old Uncut Gems actress revealed the couple name she has created for she and the 44-year-old rapper and fashion designer.

Julia is reportedly in talks to portray this actress in Madonna’s upcoming biopic.