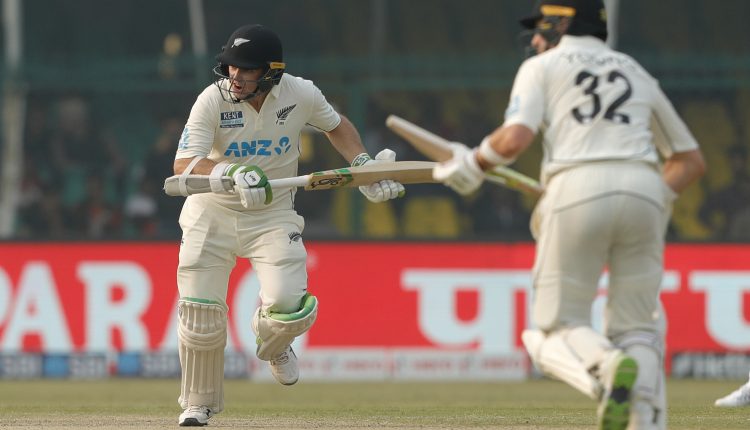 Kanpur: The second day of the ongoing Kanpur test was entirely dominated by the Blackcaps as the visitors shone with both bat and ball.

After an incisive morning spell with a haul of five wickets, Tim Southee disappointed the blue army’s 400+ score vision and openers Will Young and Tom Latham gave a good start scoring 129 for no loss till the end of the day’s game.

The only highlight for India in an otherwise disappointing day was Shreyas Iyer’s (105 off 171 balls) debut hundred. Iyer’s innings had 13 fours and two sixes which showed that he was always looking at ways to score runs rather than merely surviving.

Playing his 80th Test match, Southee (5/69) took his 13th five-wicket haul on an unresponsive track to send India packing for 345 after they started the day at 258 for 4.

Latham (50 batting off 165 balls), the seasoned campaigner and Young ( 75 batting off 180 balls) held centre-stage frustrated the Indian spinners and seamers with their gritty defensive game.

Resuming his overnight score of 75, Iyer followed the great Gundappa Vishwanath in reaching the milestone at this ground.

Ashwin did the bulk of scoring in the morning session as India added only 87 runs, losing six wickets in the process.