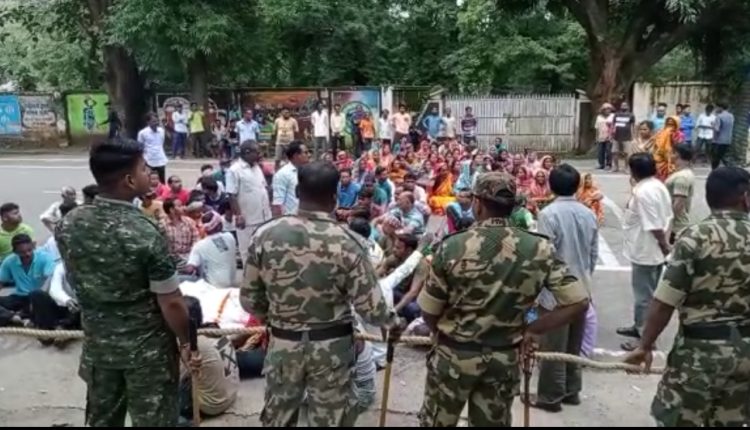 Kandhamal: Tension prevailed in front of the District Collector’s Office after locals staged dharna over the death of a youth who swept away from a flooded bridge the  on Salunki river in Phulbani of Kandhamal district.

According to reports, one Tapas Ranjan Ghatal swept away along with his motorcycle while crossing a flooded bridge. Later his body was recovered around 12km away at Dakanga riverbed.

Reportedly, the locals alleged that even in light rain the water flows of the bridge as it is narrow and low in height. Following this, several drowning cases have been reported in the area.

Irked over all these problems, villagers staged dharna demanding compensation for the deceased’s family members.

On getting information, police reached the spot and tried to pacify the agitators.

Property Worth Lakhs Destroyed In Fire Mishap In Jajpur

Fire Breaks Out At MKCG Medical College & Hospital; No Loss Of Life Reported