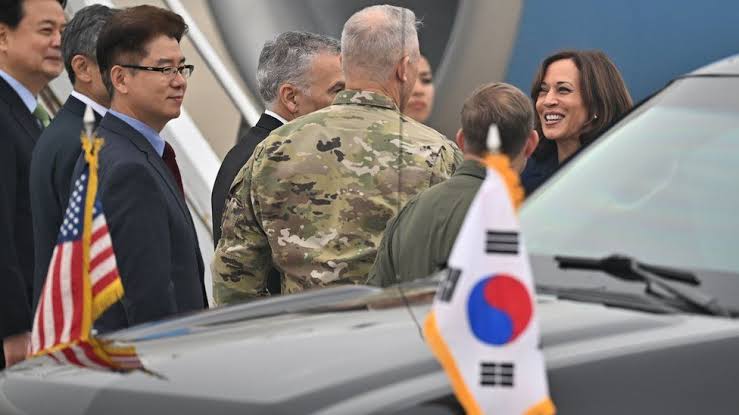 The launch, which breaches UN sanctions, comes as the US and South Korea hold joint naval drills in the waters around the Korean peninsula.

South Korea and Japan officials have condemned the “provocations”.

The visit on Thursday comes on the heels of North Korea’s latest missile launches and amid fears that it may conduct a nuclear test. Visiting the DMZ has become something of a ritual for American leaders hoping to show their resolve to stand firm against aggression.

North Korea fired two short-range ballistic missiles on Wednesday, while Harris was in Japan, and had fired one before she left Washington on Sunday. The launches contribute to a record level of missile testing this year.

Harris was traveling to Seoul after three days in Tokyo, where she denounced North Korea’s “illicit weapons program” during a speech on an American destroyer at a naval base. She was in Tokyo to attend the state funeral of former Japanese Prime Minister Shinzo Abe.