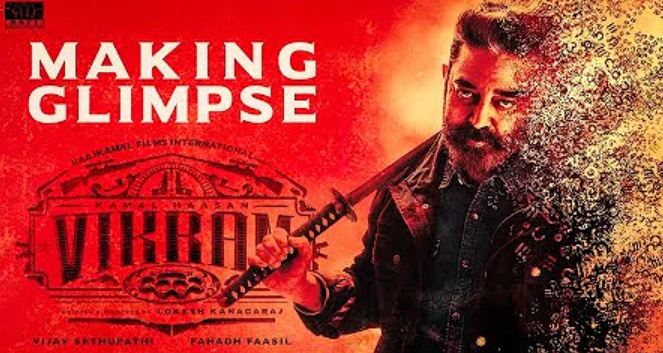 Mumbai: Megastar Kamal Haasan on Monday revealed the release date of his next movie Vikram.The film is set to have a worldwide theatrical release on June 3.

Announcing the release date for Vikram, Kamal wrote, “I am waiting with bated breath for our “Vikram” to release world over, in theatres on June 3rd 2022. #VikramFromJune3.”

Helmed by Lokesh Kanagaraj, the promising action thriller also features Vijay Sethupathi and Fahadh Faasil in prominent roles. The BTS visuals have created a sensational buzz around the film as it provides a glimpse of the humongous scale of the new project.

On the work front, Kamal Hassan will also be seen in Indian 2 directed by S. Shankar. Bankrolled by Allirajah Subaskaran under the banner Lyca Productions, Indian 2 is a sequel to S Shankar’s 1996 film Indian.

There Are Similarities In My Style & Dhoni’s Style: Faf Du Plessis

Wanna Style Your Bookshelf? Here’s How Twinkle Khanna Does It