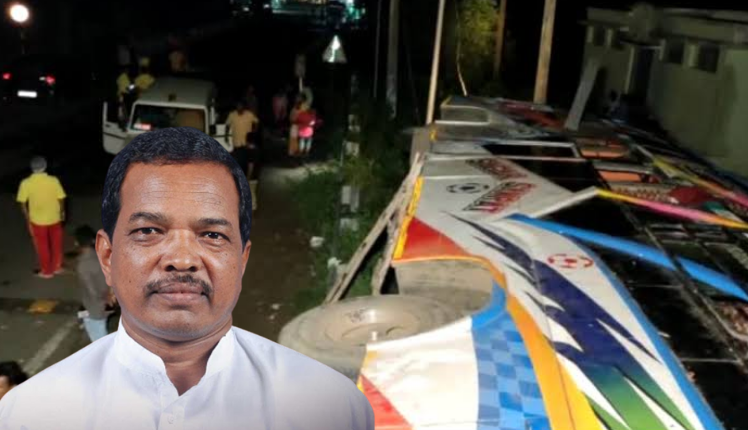 Bhubaneswar: Reacting to the Tourist bus accident in Ganjam’s Kalinga Ghat area, the State Government has ordered a probe into the matter.

Odisha’s Commerce and Transport Minister Padmanava Behara on Wednesday said that tourist buses will not be allowed to ply through the Kalinga Ghat area anymore. Instead, the buses will now travel on the Daspalla route.

The minister has also said that an investigation will be launched to ascertain the detailed and exact reason for the mishap.

“We have seen in the past also that buses from other states met with accidents in the Kalinga ghat as the drivers don’t have experience driving buses in such a long ghat area. We will issue an advisory to buses coming from other states to choose alternative routes,” he added.

Notably, six passengers were killed and several others sustained critical injuries after a tourist bus carrying 77 passengers overturned near Kalinga Ghat at the Ganjam-Kandhamal border on Tuesday night after the brake pipe of the bus burst.

Another 16 COVID-19 patients recover in Odisha