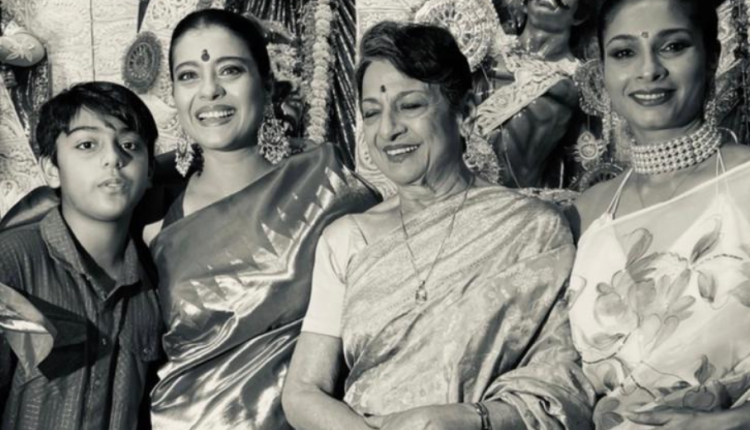 Taking to her Instagram story, Kajol is seen smiling as she posed with Tanuja, Tanishaa Mukerji and her son Yug.  Kajol has shared a heartwarming video of herself and her son Yug from the Maha Saptami puja festivities. “So proud of my son serving at the pujo mistakes and all.. the tradition continues…,” she captioned the video and added the hashtags “Durga Puja,” “Proud mom” and “Blessings received.“ 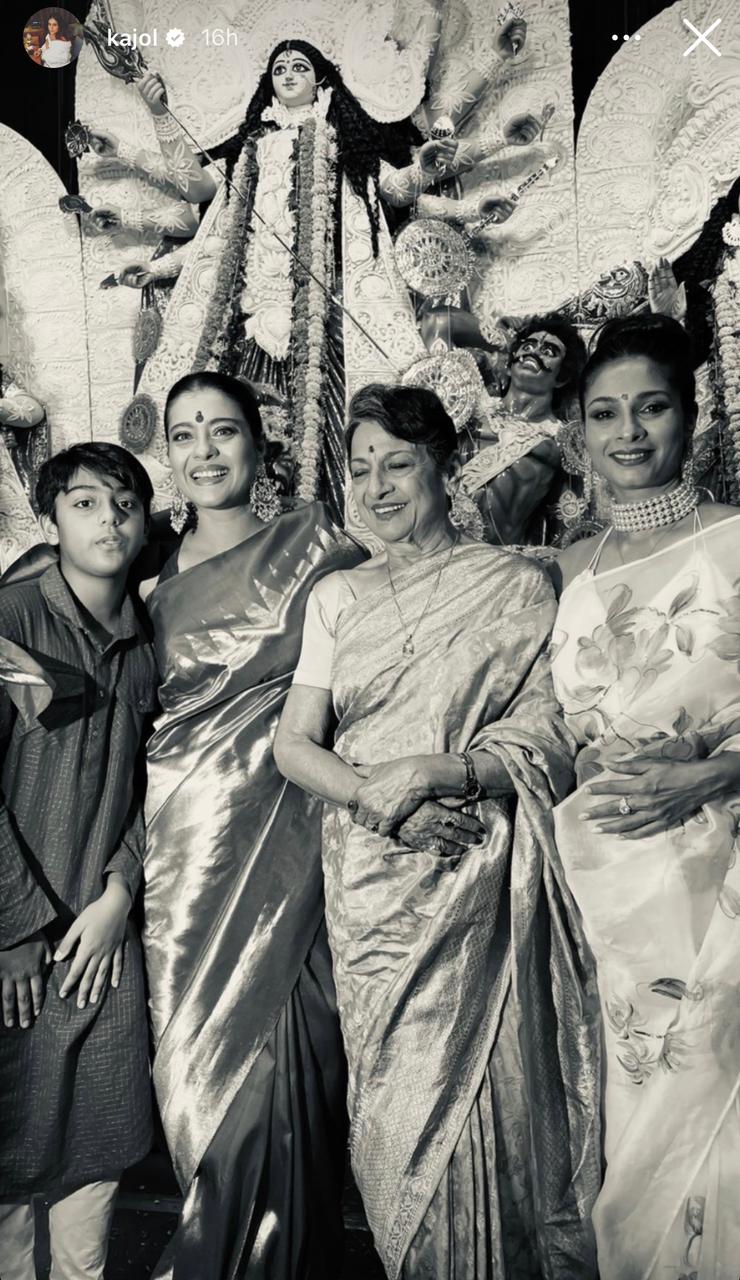 On the work front, Kajol was last seen in Tribhanga, released in 2021. Written and directed by Renuka Shahane, it starred Kajol with Tanvi Azmi and Mithila Palkar. She will feature next in Salaam Venky, which is slated to release in the theatres on 9th December 2022. The film will be directed by Revathy and marks her first on-screen collaboration with Kajol. It is reportedly inspired by an incredible true story of a mother’s strength when faced with life’s challenges.