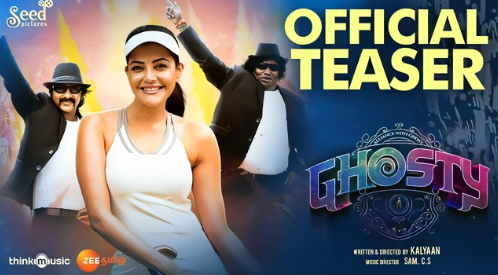 New Delhi: Kajal Aggarwal is currently enjoying the best phase of his life. Now, the South actress is all set to return to the big screen with her upcoming Tamil film titled Ghosty.

Kajal took to Twitter to release the teaser and called it perfect for the Halloween season. In the teaser, Yogi Babu’s character introduces Kajal’s dual roles. She plays an actor as well as a cop. When the actor Kajal accidentally dies on a film set, she turns into a ghost and makes life hell for the other Kajal’s character. Sharing the teaser, Kajal wrote, “Here is full on entertainment mode teaser of #Ghosty starring @iYogiBabu and me! Perfect for Halloween, isn’t it?”

Last seen on screen in Tamil romantic drama Hey Sinamika, Kajal is all set for her acting comeback.