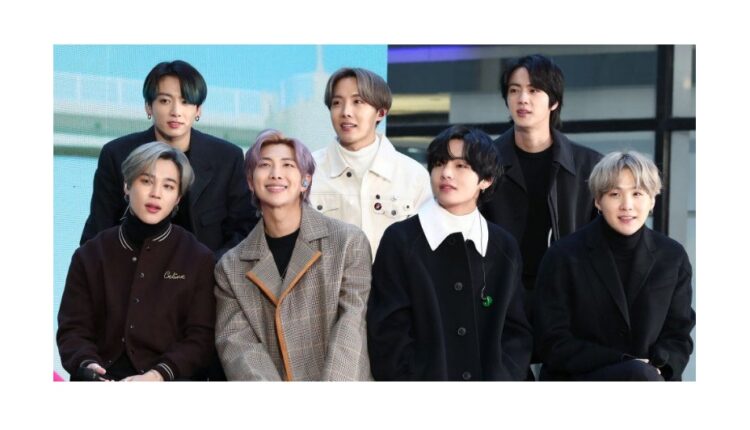 New Delhi: K-pop superstar group BTS accomplished massive success this year, winning career-first accolades such as the top spot at the Billboard Hot 100 charts and a Grammy nomination for the record-breaking single ‘Dynamite’.

Besides, the hot septet dominated music conversations in India on Twitter in 2020, with the rendition of song Never Not by Jungkook becoming the most retweeted tweet in music among users in this country.

According to #ThisHappened2020 Twitter report, BTS continued to rule #KpopTwitter and emerged as artiste with most Retweeted Tweets in music in India this year.

BTS was the most mentioned K-pop artist of the year in India, owing to the loving and overwhelming support of their Indian fans/ARMY.

In 2020, BTS took over the world with multiple releases including ‘Map Of The Soul: 7’, ‘Map Of The Soul: 7 – The Journey’, and ‘BE (Deluxe Edition)’ amongst multiple individual releases including solo songs, mixtape, and collaborations. Their fans, (known as ARMY) stayed glued to Twitter to follow every update in real-time and to shower their love on the boy-band. In fact, a Tweet from one of the seven band members, Jeon Jungkook, singing Lauv’s ‘Never Not’ became the most Retweeted Tweet in the music genre in India this year.

BTS’ newest single ‘Life Goes On’ debuted at No.1 on the Billboard Hot 100 following ‘Dynamite’. According to Billboard, BTS is the first duo or group in history to have two No.1 Hot 100 debut songs. The song is the lead single of BTS’ one of a kind album ‘BE (Deluxe Edition)’ that also topped the Billboard 200 chart. The album shares the honest emotions and thoughts the band has felt during the pandemic; the record created in the midst of COVID-19 carries the hopeful message that “life goes on”.

BTS was also the most mentioned K-pop artiste of the year in India, followed by Exo and Black Pink.

Justin Bieber, Taylor Swift and Selena Gomez were other global artistes who led music conversations in the country.

Among Indians, Himanshi Khurana, Thaman S and Armaan Malik topped conversation charts this year on the service. Himanshi has emerged as the most mentioned Indian music artiste of 2020 on Twitter.

The results are based on the total number of retweets /likes /quote tweets by Twitter accounts in India between January 1 and November 15 this year.