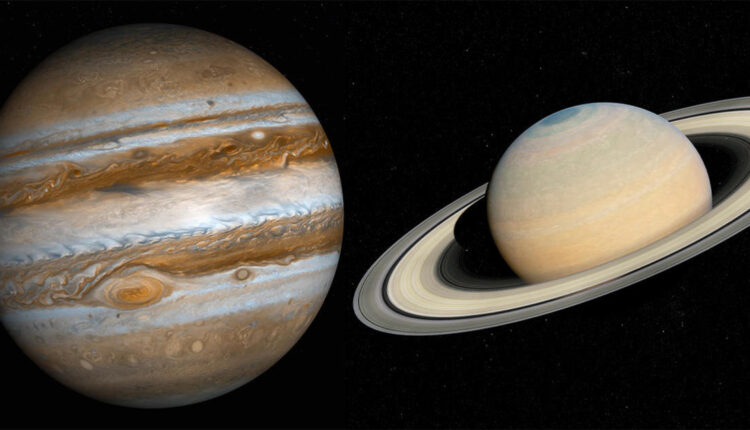 Jupiter and Saturn head for closest visible alignment in 800 years

Bhubaneswar: Life in earth is affected due to invasion of tiny micro-organism but the giants in the sky move in regular manner without any change in their pattern. The giant outer planets Jupiter and Saturn head for closest visible alignment in 800 years.

The encounter, known as a great conjunction, happens about every 20 years.  But this time it will be the closest alignment since 1623. That conjunction was 13 degrees away from the sun, making it almost impossible to view from Earth. One can see closest visible encounter of our celestial neigbours from the Earth on 21st December, 2020.

If missed this time, one needs to wait till 2080 to view the event next time. Resembling bright ball or a tipped over snowman in the sky were not viewed lyrically in ancient time, people considered planetary alignments to be bad omens, portending calamity. Although they will appear to be close together but planets will not actually be that close.

In fact, they will be more than 400 million miles apart. Over the next two weeks, as their orbits align more closely, the planets will pull closer until they appear to be just a tenth of a degree apart. Regional Science Centre try to bring this encounter in their social media handles with the help of 8” telescope.

The event is likely to be covered up subjected to availability of clear dark sky. Enthusiastic are requested to stay tune in website and social media handles of RSC, Bhubaneswar for schedule and update regarding their night sky observation program.