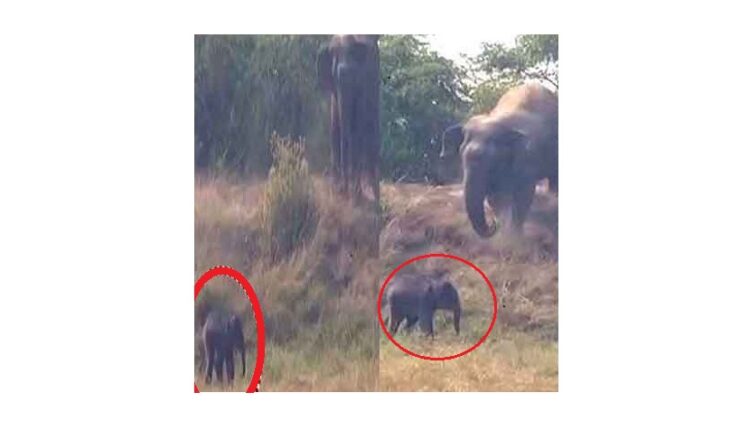 Ganjam: A baby elephant calf wept uncontrollably for hours after he had to be separated from his mother as the former was touched by humans.

The heartbreaking incident occurred in Chikiti area in Ganjam district.

Reportedly, the jumbo calf was trapped in a pond near Sonepur-Soralitambhara following which locals rescued the calf and set it free.

While both the mother and the baby pachyderm wanted to unite with each other, the “Mama” jumbo lost in front of the rules set in the animal kingdom by the elephant herd.

While the calf cried for hours, the mother elephant left behind its baby and moved away with the herd.

With no other options left, the locals informed the forest department about the same. Forest officials reached the spot and took the calf to a nursery located in Tamana area.

Centre is well aware of farmers’ cause, says Defence Minister