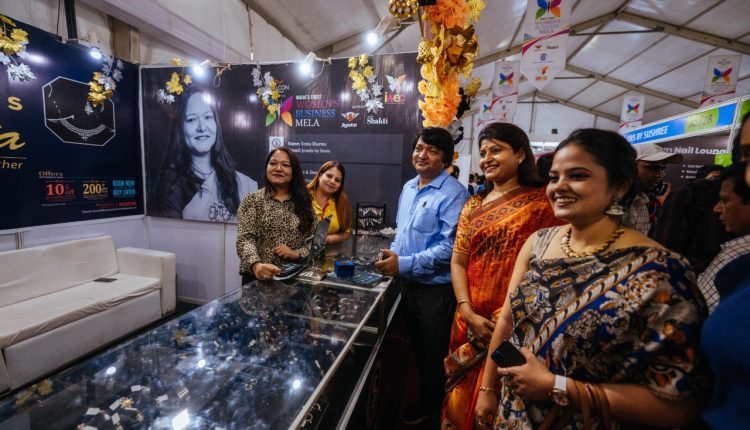 The company is also actively engaged in creating a holistic environment for the women in its workplace as well as creating platforms for livelihood generation.

India’s First Women’s Business Mela, organized under the banner of Indian Chamber of Commerce (ICC) Women’s Entrepreneurship Council (IWEC), is an example of its active participation in promoting women empowerment.

The Mela is India’s first Women’s Business Mela dedicated completely to women entrepreneurs. Over 150 stalls are set up by women-led businesses.

JSW SteelProject Head (Odisha) Ashesh Kumar Padhy, who was guest speaker in the event, said, “Women are now emerging out of the obscurity of the hearth and seizing leadership roles in fields that were previously thought to be entirely male domains.We have been witnessing examples of female leaders transforming the world with their knowledge and desire for progress.  They have even showed their expertise in mining sector as well.”

GM of CSR (JSW Foundation) PrasantaBiswalelaborated that the company is continuously identifying skilled women from its direct impact zone and hand holding them to grow in their respective micro and small business for their livelihood generation.

“As a responsible corporate, we try to increase our procurement from women entrepreneurs. This would help women to have encouraging business opportunities,” said Biswal.

Recently, Biswal also met with the Ambassador of Indonesia to India Ina H Krishnamurthy for a formal discussion. Her visit to Odisha was to revive historical business ties between Indonesia and Odisha and converting that into business opportunity from both side.