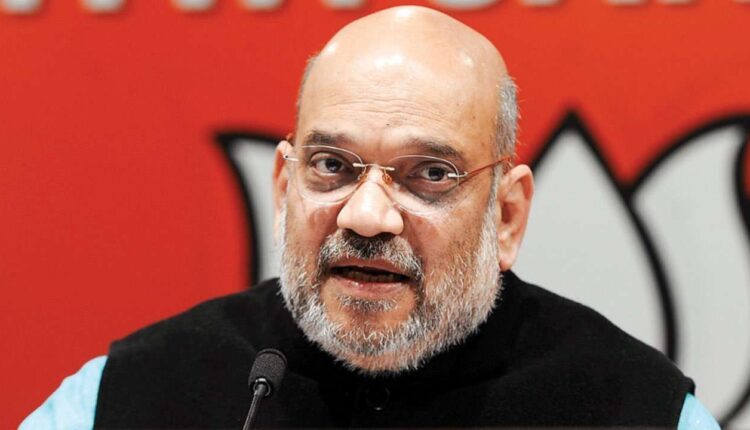 New Delhi: Union Home Minister Amit Shah said Narendra Modi Government is with the people of Uttarakhand at the time of natural disaster in Joshimath.

Shah told the media in Maharashtra that rescue and relief operations are going on in full swing and added that three teams of the National Disaster Response Force (NDRF) have reached the spot.

The Union Minister said that the rest of the teams are also ready to go to land in Uttarakhand shortly. Shah said that ITBP Jawans have been pressed into service and the state machinery is also active.

Shah said the flow of water increased greatly in Rishiganga and later in Alaknanda rivers due to glacier burst near Joshimath and avalanche and added that some preliminary reports about the casualties have been received.

The Union Home Minister said the Union Government is standing with Uttarakhand in this hour of crisis and added that efforts are being made that normal life can be restored soon by extending all possible help to overcome this crisis at the earliest.

Shah said he had discussed the matter with the Chief Minister of Uttarakhand and the Air Force has also been alerted. He said the Prime Minister personally called up the NDRF team and guided them.

Shah said that the Minister of State for Home, Nityanand Rai is monitoring the rescue operations from the NDRF Control Room in the Ministry of Home Affairs.

Shah said that he wants to assure all the residents of Uttarakhand that that this situation will be brought under control at the earliest.

Immoral act inside Titlagarh jail, questions raised on its security