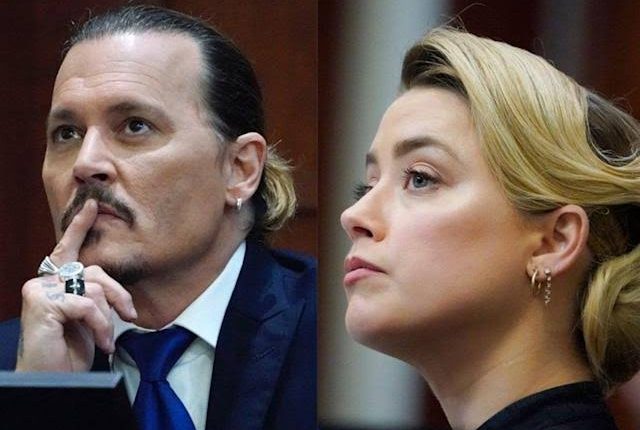 Virginia: Jury deliberations in the high-profile defamation battle between Johnny Depp and Amber Heard have begun after six weeks of trial in Virginia.

The seven-person jury retired to consider a verdict in the high-profile case heard in Fairfax, Virginia, near the US capital, after lawyers for both sides delivered closing arguments.

Elaine Bredehoft, an attorney for Heard, said the defamation suit filed against the “Aquaman” star by Depp and a campaign of “global humiliation” has made her life “pure hell.”

Benjamin Chew, one of Depp’s lawyers, countered that while the 58-year-old “Pirates of the Caribbean” star may not be a “saint” and has struggled with drugs and alcohol “he is not a violent abuser.”

“He did not and does not deserve to have his life, his legacy destroyed by a vicious lie,” Chew said. “Miss Heard’s attempt to paint herself as a heroic survivor, an innocent survivor, and Mr Depp as a terrifying abuser are utterly false.

“We ask you, we implore you to give him his name, his reputation and his career back,” he told the jury.

Bredehoft said any damage to Depp’s career was self-inflicted.

“Hold this man responsible,” she told the jury. “He has never accepted responsibility for anything in his life.

“He’s blamed everybody in the world — his agent, his manager, his lawyer, Amber, his friends, everybody.”

“Nobody has come out of the woodwork to say ‘me too.’ This is the unique and singular ‘me too’ case where there’s not a single ‘me too.'”

Camille Vasquez, another of Depp’s attorneys, told the jury the evidence has “shown that Miss Heard is the abuser.”

“She was violent, she was abusive and she was cruel,” Vasquez said.

Depp filed suit against Heard over an op-ed she wrote for The Washington Post in December 2018 in which she described herself as a “public figure representing domestic abuse.”

The Texas-born Heard did not name Depp in the piece, but he sued her for implying he was a domestic abuser and is seeking $50 million in damages.

The 36-year-old Heard countersued for $100 million, claiming that she suffered “rampant physical violence and abuse” at his hands.

One Dead, Nine Injured After Auto-Rickshaw Rams Into Tree In Mayurbhanj

10 Held With Ganja Worth Over Rs 20 Lakh In Kalahandi