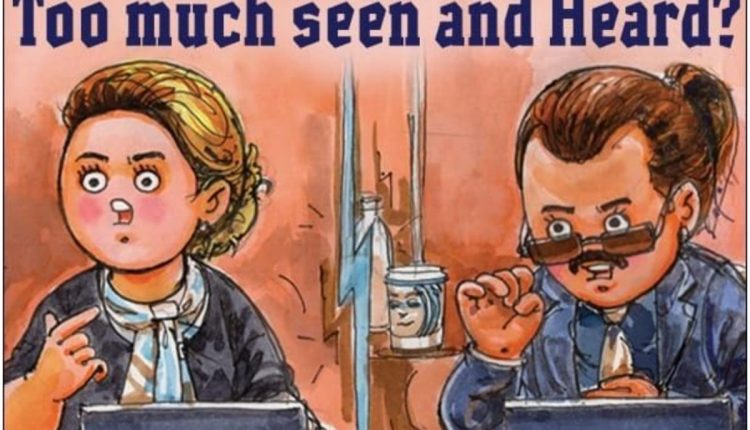 Mumbai: Amber Heard and Johnny Depp’s heavily publicised trial has become the origin of various memes and parodies which have gone viral all over the Internet.

The trial is infamous for its audio and video tapes, which have been displayed in court, that have revealed horrible truths and the nature of the relationship between Heard and Depp.

Recently Amul, known for their iconic doodles, dedicated a sketch to the defamation lawsuit and has garnered likes and comments from netizens everywhere.

A post shared by Amul – The Taste of India (@amul_india)

The sketch featured both Hollywood actors, Johnny Depp and Amber Heard in court. The sketch has two taglines, one on top and the other on the bottom. The first read, “Too much seen or Heard?” while below the caricatures it read, “Depp your knife in!” When read carefully it can be observed that the captions are a wordplay on the actors’ names. The image was captioned, “High profile and highly publicised legal battle”, on Instagram.