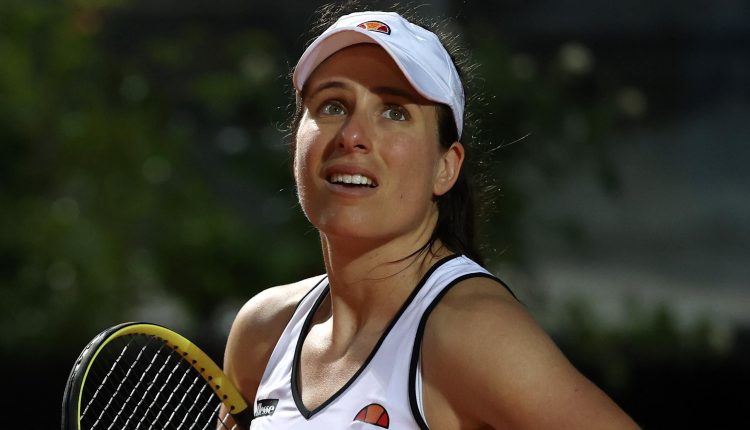 Johanna Konta Forced To Withdraw From Wimbledon After COVID-19 Contact

London: Britain’s Johanna Konta, who was supposed to play Katerina Siniakova of the Czech Rebublic in the first round at Wimbledon on Tuesday, has been forced to withdraw from Wimbledon after a member of her team tested positive for COVID-19.

“A member of Johanna Konta’s team presented with COVID-19 symptoms this morning, and immediately isolated and undertook a PCR test in accordance with The Championships’ testing protocols,” a statement from All England Club said.

“A positive result was returned which resulted in the AELTC, together with Public Health England, identifying Johanna Konta to be a close contact. In line with government legislation, she is required to self-isolate for 10 days and therefore is withdrawn from The Championships.”

The Grand Slam tournament begins Monday. It was cancelled in 2020 because of the pandemic, the first time since 1945 that Wimbledon wasn’t contested.

Konta, a semifinalist at Wimbledon in 2017, is the first singles player in either the women’s or men’s bracket to be withdrawn from the field because of coronavirus protocols.

The 30-year-old Konta also was a semifinalist at the Australian Open in 2016 and the French Open in 2019.