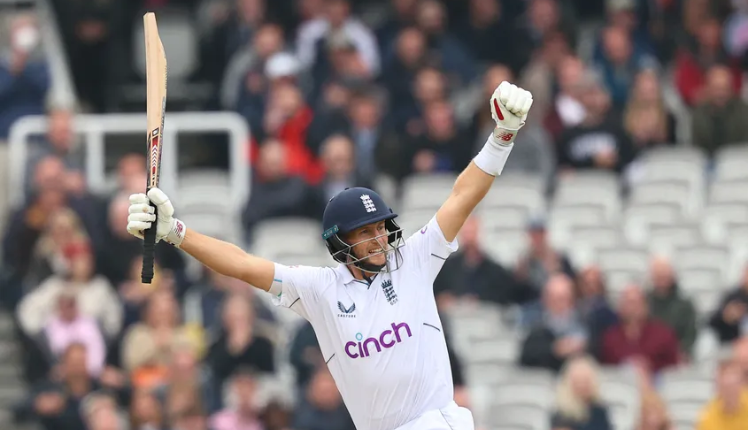 Root, who had lost the top spot to Labuschagne in December 2021 during the Ashes series, has gained 39 points after guiding England to a five-wicket victory over New Zealand in the first match of their ICC World Test Championship series at Lord’s.

Root’s 115 not out in the second innings, his 26th Test century, has taken him from 843 to 882 rating points. Smith is third with 845 points while Williamson has slipped behind Pakistan’s Babar Azam to fifth.

England captain Ben Stokes’s second innings half-century has lifted him two places to 27th. New Zealand’s Tom Blundell and Daryl Mitchell have also made important gains in Wednesday’s update. Blundell has progressed 15 places to 35th after scores of 14 and 96 and Mitchell 25 places to 50th with innings of 13 and 108.

In the Test rankings for bowlers, New Zealand fast bowler Kyle Jamieson is back at his career-best third position after finishing with six wickets in the match. England seam bowler James Anderson, who also took six wickets, has moved up two places to seventh while his compatriot Matthew Potts has entered the rankings in 77th position after an impressive seven-wicket match haul on debut.

Rahmat Shah has moved up two places to 29th position after aggregating 181 runs in the two matches while spin bowler Mohammad Nabi is up eight places to 11th with six wickets. Hashmatullah Shahidi (up eight places to 50th) among batters and Rashid Khan (up one place to third among all-rounders) have also moved up the tables. Zimbabwe’s Sikandar Raza is up six places to joint-42nd among batters.

The ODI update, which also takes into account the last two matches of the Netherlands versus West Indies series and the ICC Men’s Cricket World Cup League 2 matches played in Pearland (USA) over the past week, Windies spinner Akeal Hosein has moved up 14 places to 37th among bowlers. The United Arab Emirates pair of Vriitya Anand (up 29 places to 77th) and Chirag Suri (up 25 places to 87th), and Netherlands’ Max O’Dowd (up 33 places to 81st) have advanced in the batters’ list.

The MRF Tyres ICC Men’s T20I Player Rankings, see Australia captain Aaron Finch enter the top five and his opening partner David Warner move up eight places to 45th after guiding their team to a 10-wicket win with a 134-run stand in the first match of a three-T20I series against Sri Lanka. Fast bowler Josh Hazlewood, who was named Player of the Match for his haul of four for 16, has moved up one place to second position.

For Sri Lanka, opener Prathum Nissanka (up two places to seventh) and Charith Asalanka (up 14 places to 29th) have moved up the rankings for batters while Maheesh Theekshana is up three places to 21st among bowlers.

19 Places Record 40 °C or Above in Odisha, Heatwave To Continue For 2 More Days

Massive fire breaks out at shopping center on Moscow…