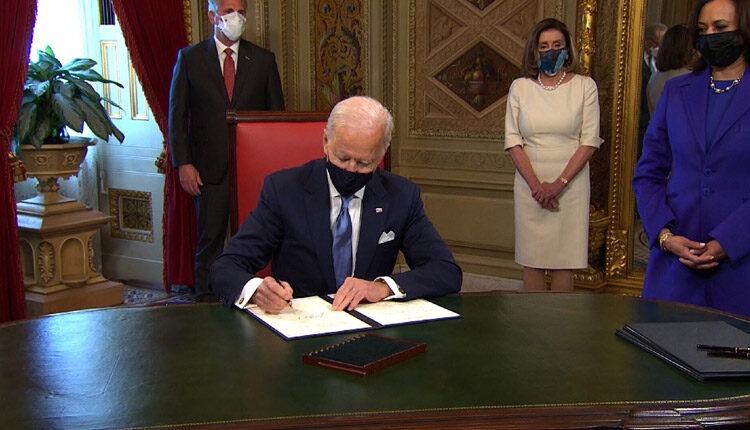 Joe Biden Keeps US in the WHO, Rejoins Paris Climate Accord

Washington: US President Joe Biden has reversed the US process of withdrawing from the World Health Organization (WHO). Besides, he has also signed an executive order to have the United States rejoin the Paris climate agreement, the largest international effort to curb global warming.

Hours after being sworn in as the 46th president of the United States, Biden on Wednesday signed an executive order ceasing a withdrawal process that his predecessor Donald Trump initiated last year.

Americans are safer when America is engaged in strengthening global health. On my first day as President, I will rejoin the @WHO and restore our leadership on the world stage. https://t.co/8uazVIgPZB

The U.S. officially withdrew from the accord to limit climate-warming greenhouse gas emissions late last year, after President Donald Trump began the process in 2017. It is the only country of the nearly 200 signatories that has withdrawn. Biden vowed to sign on Inauguration Day the documents needed to rejoin the agreement.