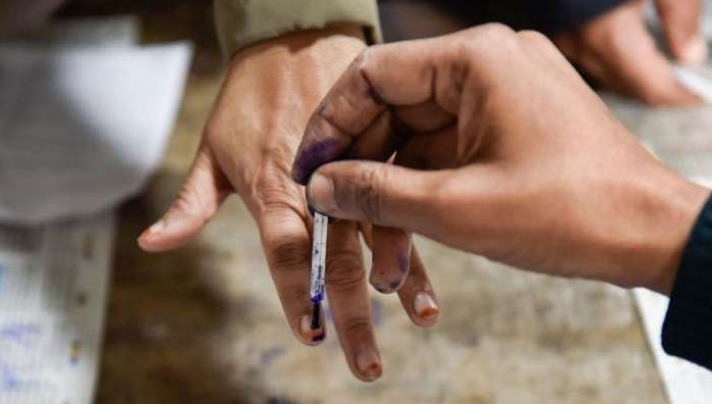 Jammu/Srinagar: Jammu and Kashmir has started holding its first election since being reorganised as a Union Territory last year with the maiden District Development Council (DDC) polls beginning today.

Campaigning for the first phase came to an end on Thursday, with elaborate arrangements having been made for the smooth conduct of the democratic exercise, especially in view of the COVID-19 pandemic.

The DDC elections, the first major political activity since the abrogation of Article 370 provisions on August 5 last year, will be held in eight phases from November 28 to December 19.

The polling exercise will take place in eight phases and will end on December 19, with results to be declared by December 22.

Voting will take place between 7 am and 2 pm on scheduled days.

There are 280 DDC seats in the Union Territory, 140 each in the Jammu and Kashmir regions, officials said.

The Eight-phase by-election for panchayats will be held to elect 12,153 sarpanches and panches. The elections will be held for 24 blocks spread over 10 districts of the Kashmir Valley and 53 blocks in six districts of Jammu division.

The polling will take place through ballot boxes while there will be postal ballots for COVID-19 patients or those in isolation, senior citizens and those who are physically unwell.

Mainstream political parties, including the Jammu and Kashmir Peoples Democratic Party (PDP), the National Conference, Jammu and Kashmir People’s Conference (PC) and the Congress party are contesting the polls as a united front against the BJP and its allies in the region. Regional parties like the NC and PDP had earlier boycotted the BDC polls in the wake of the abrogation of Article 370. The parties formed the People’s Alliance for the Gupkar Declaration (PAGD) to counter the BJP and its alliance in the region while demanding the restoration of the pre-August 5 status for J&K.

The PAGD includes the Farooq Abdullah led NC, Mehbooba Mufti-led PDP, Sajad Lone’s (PC), the Awami National Conference (ANC), Jammu Kashmir People’s Movement (JKPM), the Congress party and the CPI (M). The Jammu Kashmir Pradesh Congress Committee (JKPCC), which was among the first signatories of the PAGD, has since distanced itself from the alliance.