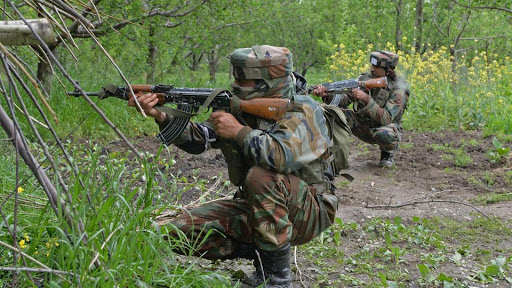 Srinagar:  In success to the Indian security forces, at least three terrorists, including a top commander of the terror group Lashkar-e-Taiba, were killed in an anti-terror operation in Jammu and Kashmir’s Sopore.

Mudasir Pandit, who was wanted for several incidents of terrorism was killed along with two other terrorists in an overnight encounter with security forces in Sopore area of Baramulla district.

Pandit was wanted by security forces in many cases, including the killing of two Municipal councillors and a policeman during a meeting in Sopore in March this year.