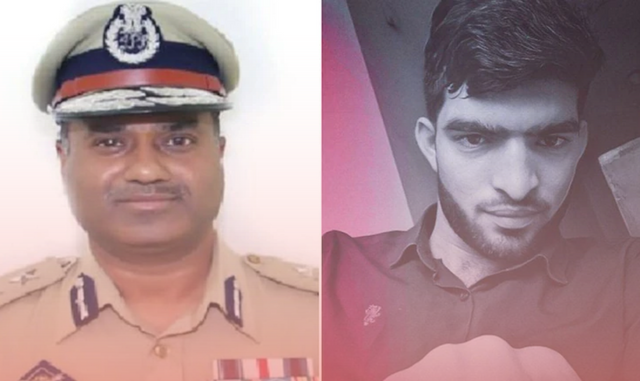 In a fresh development into the death of Jammu and Kashmir Director General (Prisons) Hemant Kumar Lohia, the police arrested the accused domestic help on Tuesday following a manhunt that lasted through the night.

ADGP Mukesh Singh told media persons that Yasir Ahmed, the 23-year-old domestic help who worked at Lohia’s residence and was on the run, has been arrested and is being questioned about the alleged murder of the top cop.

A 1992-batch IPS officer, Hemant Kumar Lohia was found murdered at his residence on the outskirts of Jammu late Monday night. Police said the 57-year-old’s throat was slit and burn injuries were found on his body.

Director General of Police Dilbag Singh said preliminary examination of the crime scene indicated that the killer had first suffocated Lohia to death and also used a broken ketchup bottle to slit his throat. He later attempted to set the body ablaze.

Earlier, police sources had revealed that CCTV footage recovered from the crime scene showed the suspect running away shortly after the murder.

Originally from Halla-Dhandrath village in Ramban district, Yasir had been working at Lohia’s residence for the last six months. Citing preliminary investigation, police said the young man exhibited aggressive behaviour and seemed to be depressed.

Meanwhile, terror outfit People’s Anti-Fascist Front (PAFF) claimed responsibility for Lohia’s murder, which took place at a time when Union Home Minister Amit Shah is on a three-day visit to Jammu and Kashmir.