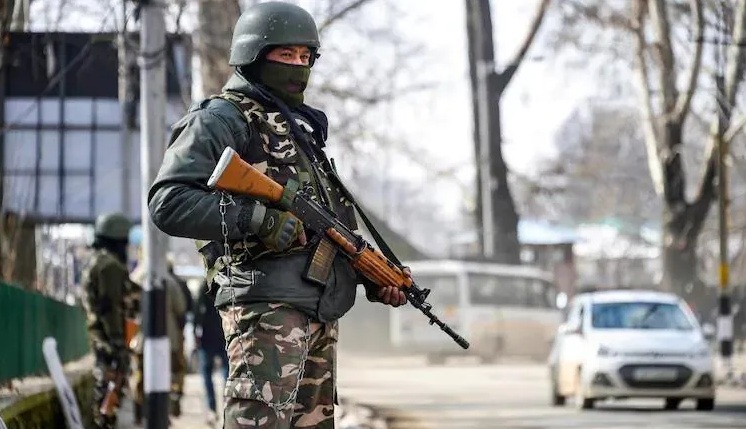 Srinagar: Police have arrested a militant associate with arms and ammunition in Baramulla district of Jammu and Kashmir.

The militant associate was identified as Mohammad Saleem Khan, a resident of Shrakwara Kreeri.

According to reports, a routine mobile vehicle checkpoint was carried out by the security forces at the Authoora Bala bridge in north Kashmir’s Baramulla. During the checking, the joint party intercepted a person whose movement raised suspicion, a police official said.

The person tried to flee on noticing the naka party, however, he was tactfully apprehended by the security forces.

During the search, arms and ammunition including a pistol, a pistol magazine and five pistol rounds were recovered from the possession of the accused.

During the preliminary investigation, it came to the fore that he had obtained these illegal arms and ammunition with the intention to carry out terrorist activities in Kreeri and adjacent areas.