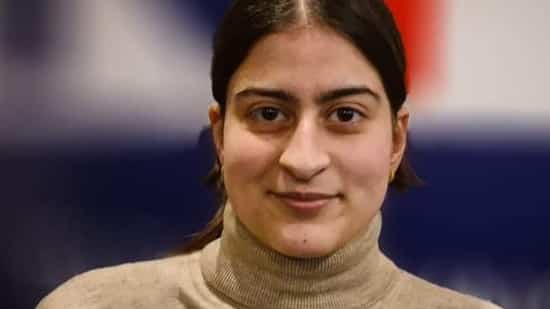 The results were declared on February 8. As she topped the board exam with a score of 499 out of 500, she was interviewed where she was seen without a hijab. Those posts on social media received comments condemning her.

Aroosa has reacted to the trolling and said it has affected her family. “Wearing or not wearing Hijab doesn’t define one’s belief in their religion. Maybe, I love Allah more than they (trolls) do. I’m a Muslim by heart, not by a hijab,” she has been quoted as saying by local media.

Amid the ongoing row over hijab in Karnataka where students are seeking their rights to wear the hijab inside the classroom, the incident has added fuel. Karnataka BJP leader CT Ravi said Aroosa Parvaiz is the face of courage.

Happy Kiss Day! Express Your Feelings Through These Messages