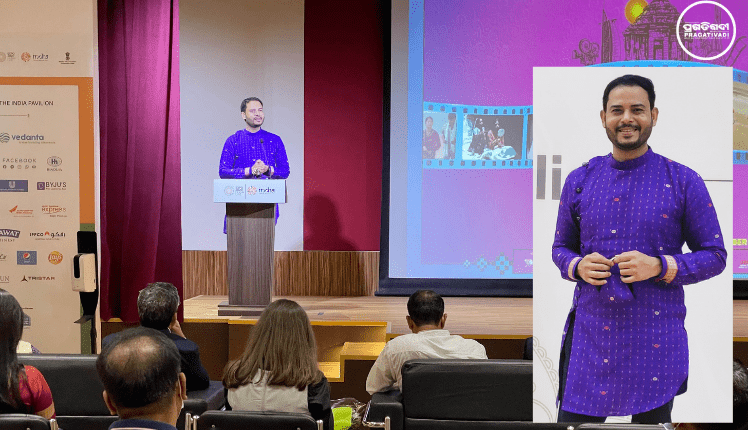 Dubai: Internationally acclaimed film producer, promoter and curator from Odisha, Jitendra Mishra recently graced the one-of-a-kind Odia film festival Cine-Odisha hosted at the prestigious EXPO 2020 DUBAI by Odisha Samaj UAE and his organization Cinema4Good inside the India Pavilion, during the opening ceremony he sported a Sambalpuri Silk purple Kurta that he has designed himself with a 40-year-old saree (pata) of his mother was highly appreciated by global audiences, dignitaries and media present there. 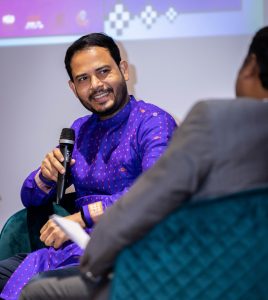 “Whatever I am today that is only because of the blessings of my mother and motherland. Wherever and whenever I travel, I carry something from my homeland given by my mother, as a symbol of blessing with me, whether it’s a handkerchief, fashion accessories or entire attire. I feel more positive, confident and protected, these are emotions and priceless for me.”  Jitendra expressed his feelings, who has always tried to promote the art, culture, language and cinema from Odisha at international platforms. 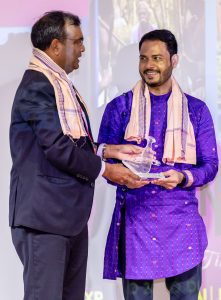 Expo 2020 Dubai, The 35th World Expo was inaugurated in Dubai, United Arab Emirates on the 30th of September 2021 and will be open to the world until 31st March 2022. With 192 participating nations, Expo2020 Dubai is a mega international event in terms of scale, duration, and visitor count, with a projected 25 million tourists from all over the world in the 6 months period.

Cine-Odisha is a one-of-a-kind film festival of handpicked films from Odisha hosted by OSUAE and CINEMA4GOOD on 22-23 October in Dubai to promote the rich art, culture, traditions, and values through cinema from the state. Several National and international award winning feature and non-feature films made during last 40 years were showcased during the two-day festival.