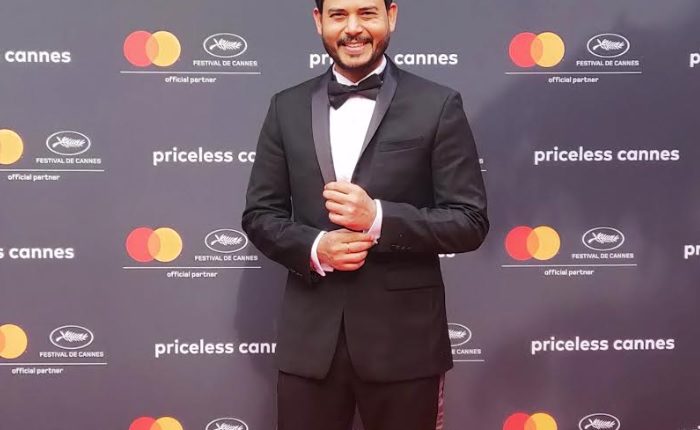 New Delhi: Internationally acclaimed filmmaker and promoter from Odisha, Jitendra Mishra, who is widely known for promoting meaningful independent and regional films from India at global platforms is going to promote ten different films from Odisha independently at the credible ‘Marche du Film’ during ‘75th Cannes film Festival’ scheduled from 17th May this year.

Created alongside the prestigious ‘Cannes Film Festival’ in 1959, ‘Marche du Film’ is one of the largest film markets and global forums with a participation of over 12000 film professionals, including 1600 buyers for a total of 5500 different companies every year. As one of the registered industry professionals of ‘Marche du Film’ this year, Jitendra Mishra is going to promote these films at the Film Market, individually and independently among several prospective international film buyers, distributors, broadcasters and festivalorganizers present there during the festival.

“Our objective is to promote value based independent films and filmmakers from Odisha at international platforms, to build a bridge between them and related global forums and to create business opportunities for them on a win-win proposition. Our state has unlimited timeless and original stories with high potentiality for the global markets, we just need to promote them and present them at the right forums with the right approach. We have been committed and putting our voluntary efforts to promote Odisha’s rich art, culture, traditions, language and heritage values through timeless cinema from the state, we need blessings and cooperation from all ” said Jitendra on this occasion.

“Cannes film festival and market provide unlimited opportunities to artists from across the globe and offers a rendezvous for those interested in the art of cinema. We have already lined up several personal meeting with leading international film festival organizers, buyers, distributors and broadcasters to discuss the films and explore global exploitation possibilities with them“, added Jitendra who has been attending the festival and market regularly for many years.

Born in Titilagarh, Odisha, Jitendra Mishra is one of the few Indian film producers and promoters who have been able to create a benchmark in ‘Alternative methods of Film Production, Distribution and Promotion’ at international level.

Committed towards meaningful cinema, Jitendra has already been associated with the production, distribution and promotion of more than 110 films in different categories and various capacities all together. Many of them have got worldwide acclamation and recognition. The Last Color, Buried Seeds, Desires of the Heart and Human Oak are few recent films among others.

Awarded with several national and international accolades, Jitendra has been the festival director of the unique film festival and forum SIFFCY an initiative of India’s leading development organization Smile Foundation.

Currently, Jitendra is the elected president of one of the world’s largest and oldest global network of media professionals CIFEJ that was formed under the auspices of UNESCO in 1955, Jitendra has been representing SIFFCY at CIFEJ since beginning. Jitendra has also been invited as Jury to more than 40 different international film festivals and forums.