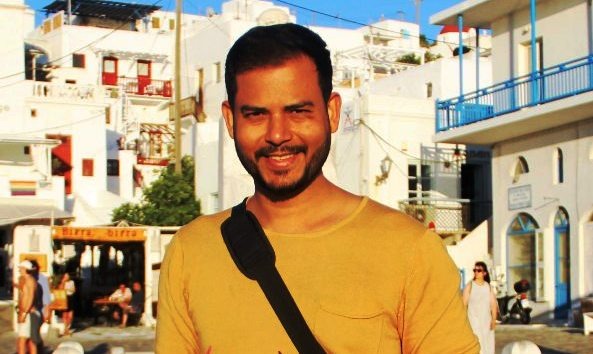 Bhubaneswar: Internationally aclaimed, Odisha born Filmmaker & promoter Jitendra Mishra has been selected Jury for the prestigious ”24th Montreal International Children’s Film Festival – FIFEM” scheduled from 27 Feb-07 March 2021 in Quebec province of Canada. Jitendra is one of the Professional Juror in the six member Jury panel of the fest to select both best film for the “Montreal Grand Prix” Award and “European Children’s Film Association” Award winners of this year.

FIFEM is one of the biggest and most credible festivals for young people across the globe. The festival is held annually with a mission to train the film lovers of tomorrow, by offering them a range of the best global youth cinema. It aims to complement the school career, through educational activities that provide young people with the means to acquire a visual understanding of cultures, traditions and experiences that may be foreign to them. Due to the current pandemic situation the festival will be held online for the first time.

Born in Titilagarh of Bolangir district, Jitendra Mishra is one of the few Indian film Producers & promoters who have been able to create a benchmark in ‘Alternative methods of Film Production, Distribution & Promotion’ at international level. Committed towards meaningful cinema, Jitendra has already been associated with the production, distribution and promotion of more than 110 films in various categories in different capacities. His recent production ‘The Last Color’ directed by Michelin Starred Chef Vikas Khanna, starring Neena Gupta has already been travelled to more than 50 international festivals & won 15 different awards so far. His current Indo-Italian co-production ‘Human OAK’ directed by Italian filmmaker Ulisse Lendaro has been gaining wide global accolades these days; the film was recognized as the only international co-production from India shot during Covid-19 lockdown. Jitendra has also been the festival director of the leading children & youth festival ‘SIFFCY – an initiative of Indian’s leading development organization Smile Foundation’ (Smile Int’l FF for Children & Youth) since it’s inception.

“This year’s first festival as Jury, I am going to watch more than 20 latest films from across the globe that will help me understand the current global trends of filmmaking & industry after pandemic, at the same time it’s an opportunity to learn &, exchange ideas among the global industry leaders & implement them in our own endeavors. I feel honoured and thankful to the General & Artistic director Jo-Anne Blouin for this invitation & grateful to the management of Smile Foundation for their continued support, encouragement & guidance,” said Jitendra on this occasion.

As the festival director of SIFFCY Jitendra Mishra is elected President for the most credible and oldest global children & youth media network CIFEJ this year.

Awarded with the prestigious ‘Son of Odisha’, ‘Young Jury, ‘Youth Icon’, ‘Youth inspiration’ and many other national & international awards, he is also an active member of Cannes producers network.