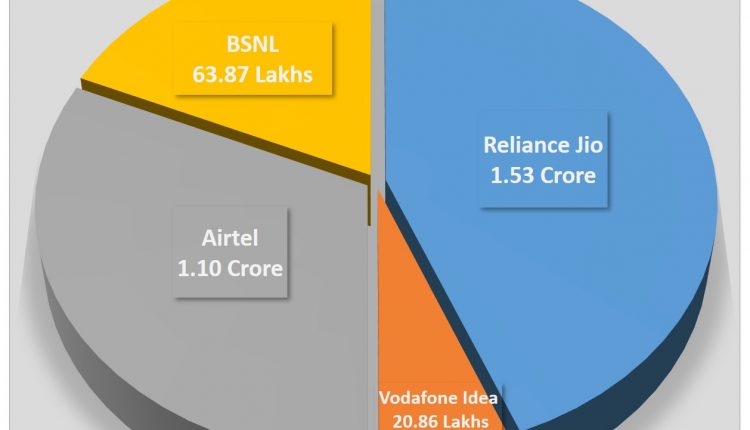 Jio Only Operator To Add New Subscribers In Odisha In Aug 2021: TRAI Data

Bhubaneswar: Continuing its excellent march as the most preferred digital service provider in Odisha, Reliance Jio became the only operator to add new mobile subscribers in Odisha, in the month of August, as per the latest telecom su bscriber data published by Telecom Regulatory Authority of India (TRAI).

All other operators including Airtel, Vodafone Idea and BSNL lost thousands of subscribers in the state in August 2021, revealed the data published by TRAI.

As per the data published by TRAI, Reliance Jio added 29989 new mobile subscribers and nearly 6000 JioFiber subscribers in Odisha in the month of August, whereas Bharti Airtel lost the highest 101928 subscribers in the state during the same period.

It is worth mentioning here that Reliance Jio has been adding highest number of new subscribers every month based on its robust 4G network, rapid expansion to remote and hitherto unconnected areas and best value propositions for customers in the state. Jio has been the No. 1 digital service provider in the state with over 43.9% subscriber market share and 52.3% market share in overall gross revenue in the sector, in Odisha.