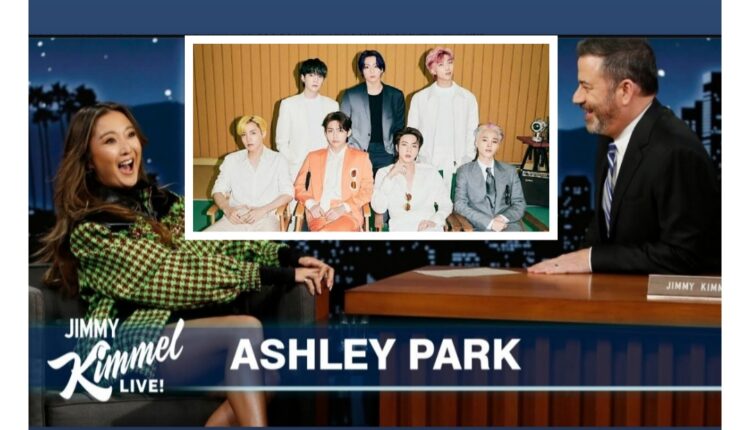 New York: American TV host Jimmy Kimmel has invoked the wrath of ARMY and several others, as his jokes about BTS in an episode featuring Ashley Park have sparked racism allegations.

Ashley Park made an appearance on the talk show, Jimmy Kimmel Live! to promote her Netflix series Emily in Paris.

She also talked about BTS RM and V‘s reaction to her performance of “Dynamite” on the show.

Both V and RM posted snippets of Ashley Park’s “Dynamite” cover on their personal Instagrams. On her own Instagram story, she expressed how grateful she was that the BTS members had seen her cover and shared her performance.

When Ashley Park said she was an ARMY, Jimmy Kimmel said, “Okay, then you won’t get attacked.”

Throughout the segment, fans called out Kimmel for mocking ARMY as he said, “We’ve had BTS on our show and, like, their fans will camp out. They’re probably still out in the parking lot waiting for the next time [BTS] come on. They are absolutely crazed for these guys.”