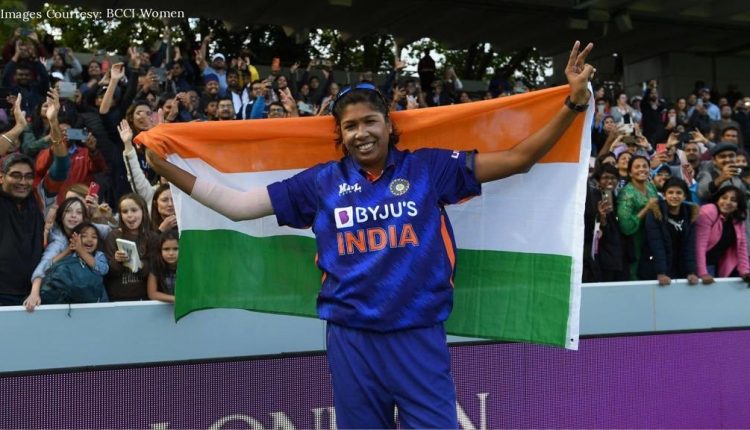 The Future ICC Hall of Famer, Jhulan Goswami, in a heartfelt note, said ‘she has always been honest as a cricketer and hopes she has been able to contribute to the growth of women’s cricket in India and the world. The legendary Indian pacer said she hoped she inspired the next generation of girls to play this beautiful game.

In Jhulan Goswami’s last match, batting first, India scored 169 runs in 45.4 overs. In reply, England were bundled out for 153 runs in 43.4 overs. Goswami bagged 2 wickets giving away 30 runs in her 10 overs. After Jhulan’s quota of 10 overs was over, Indian players congratulated and hugged the legend.

In an international career spanning over two decades – the second longest in women’s international cricket – Jhulan, who made her debut in 2002, represented India in 12 Tests, 204 ODIs and 68 T20Is picking 355 wickets across formats.

MoHUA to launch ‘Swachh Toycathon’, a unique competition to make toys from ‘Waste’