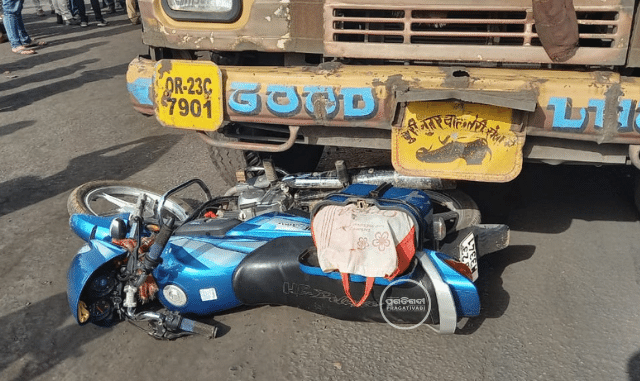 Jharsuguda: Two persons were killed and another man sustained serious injuries in a tragic accident near Suka Patnaik Chhak on Belpahad-Bandhabahal road in Jharsuguda district.

According to reports, a speeding truck hit the motorcycle killing a man and a woman on the spot. Another man, who survived the accident with critical injuries, has been admitted to the local hospital.

Tension prevailed in the locality for some hours till the local police reached the spot and seized the dead bodies for post-mortem, sources said.

The identities of the deceased persons were not ascertained immediately. However, Belapahad police have registered a case (137/22) and investigating the incident, sources added.