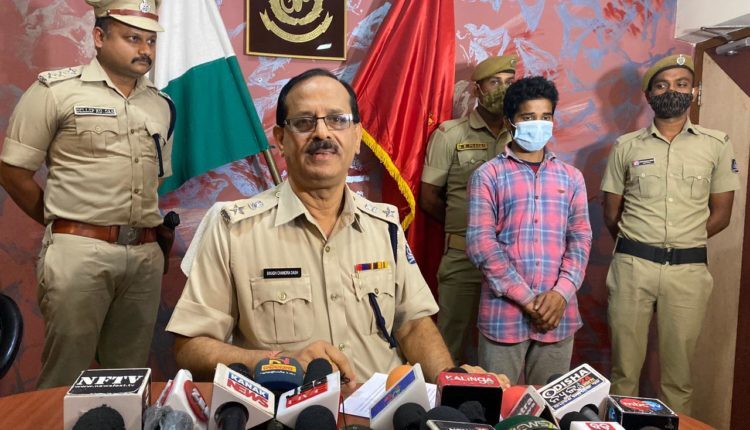 Jharsuguda: A cyber fraud racket was busted by Jharsuguda police with the arrest of one person, who had swindled a woman of over Rs 1 lakh.

A special team of Jharsuguda police arrested the accused identified as Niraj Kumar from a place on Indo-Nepal border.

As per available information, the victim had received a WhatsApp call by a person who claimed that he was calling from “Kaun Banega Karopati” and she had won Rs 35 lakh in lottery on February 23.

Nita deposited Rs 1.69 lakh in the account number given by the caller in five instalments to get the lottery. She was again asked by the caller to deposit Rs 65,000 more the complainant suspected it to be case of fraud and reported the matter to the police.

Acting on the complaint, police formed a squad under the leadership of SDPO Dillip Das following investigation tracked the definite source in Champaran district.

Jharsuguda SP told the media that a gang of people are involved in such type of organised crime. The gang has 4-5 layers of people. Other accused are absconding and a manhunt has been launched to trace them.