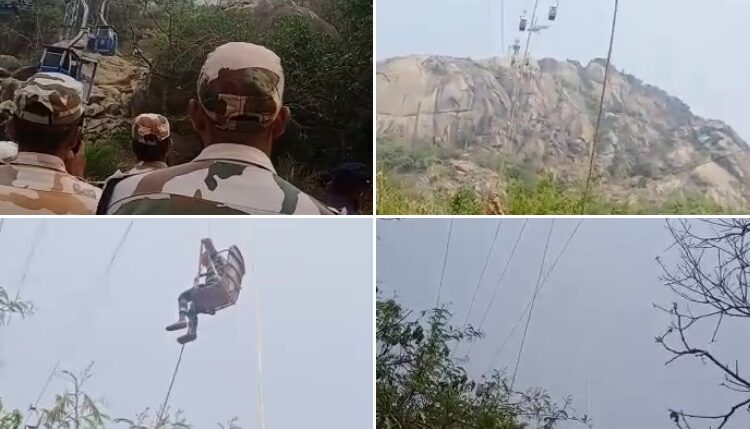 Ranchi: The ropeways company, Damodar Ropeways & Infra Limited has announced a compensation of Rs 25 lakh each to the family members and dependents of all three people who lost their lives in the ropeway mishap that took place last Sunday, April 10.

According to reports by India Today, the company has also agreed to give a job to the wife of Rakesh Mandal, who died in the accident.

Earlier, the state government had also announced a compensation of Rs 5 lakh each for the deceased’s family.

Notably, An accident took place near the Trikut Hills in Jharkhand’s Deoghar when cable cars collided on Sunday, April 10. After a rescue operation that took over 40 hours, three people died and several others were injured as stranded cable cars dangled midair on the Deoghar ropeway.

One man fell to death from an Indian Air Force chopper, while another woman died after the rope which was being used to rescue her broke. On Tuesday, the remaining 45 tourists who were stuck in the cable cars were rescued.

Over 2,500 Ukrainian Troops Killed In War With Russia: Prez Zelenskyy