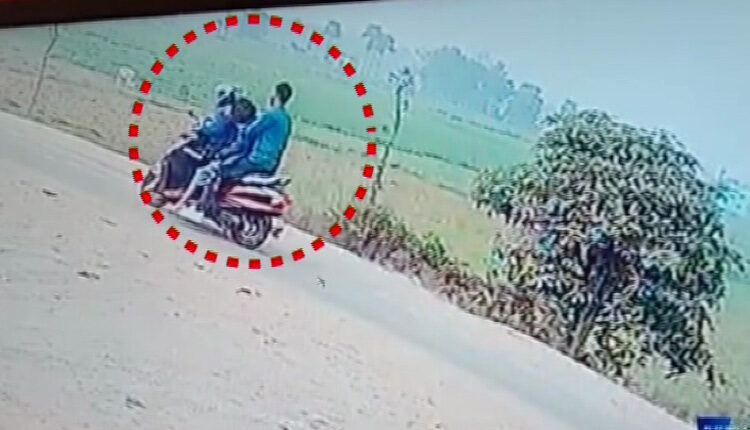 In a major development, police have recovered the scooty that was captured in CCTV footages. The two-wheeler was seized from Sundarpada area in Bhubaneswar. The two-wheeler was allegedly used by the accused identified as Rakesh Swain and his associate to carry the girl’s body to Jajpur where they dumped it.

During the remand period, cops questioned Rakesh to unearth further details pertaining to the death of Jharaphula.

Police on Wednesday took the prime accused of the case, the deceased’s boyfriend Rakesh Swain to the guest house where they had reportedly spent a night ahead of her death and reconstructed the crime scene. The whole scene was recreated at the OYO Sai Guest House in Dharma Vihar area of the capital city of Odisha.

On January 26, Rakesh and Jharaphula had reached OYO Shiv Sai Guest House and checked into the hotel. They had stayed at room no. 201 of the hotel.

Rakesh found Jharaphula in an unconscious state at the hotel room in the morning of January 27. He then called up his friend Shekhar. While Shekhar drove the scooter, Rakesh rode pillion making the unconscious girl sit between them. They were spotted leaving the place around 7 AM.

Rakesh initially intended to hospitalise Jharaphula at SCB Medical College and Hospital in Cuttack. He realised midway that Jharaphula had died. Rakesh and Shekhar went all the way to Jajpur on the vehicle and allegedly dumped the body on the roadside at Mulapala under Kuakhia police limits around 9 AM.

The entire act was recorded in a CCTV camera installed near the spot.

The Twin City Commissionerate Police had arrested Rakesh from his residence at Sundarpada in Bhubaneswar and handed him over to Jajpur police.

Rakesh’s friend, who was driving the two-wheeler, is yet to be nabbed.