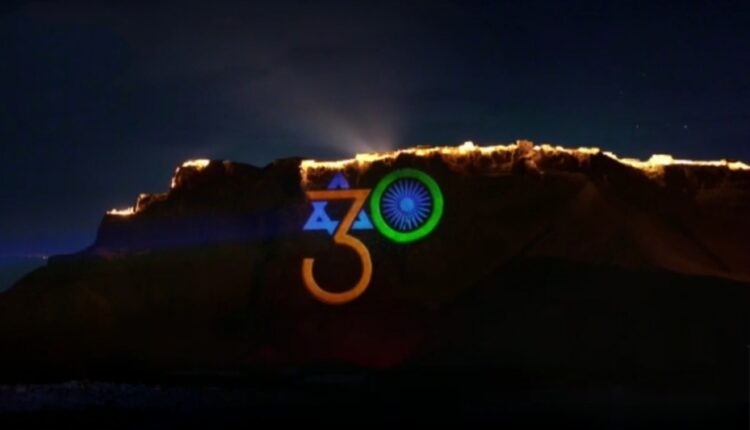 Israel: Commemorating the decades-old relationship between India and Israel, the Masada region was lit with the presentation of a special logo marking 30 years of friendship.

The presentation was made on the walls of a fort that is the site of the Jews’ last stand against the Romans.

It is pertinent to mention here that the expelled Jews committed mass suicide instead of falling into the hands of the enemy. So a saying holds popular in the region of Israel that states, “Masada shall not fall again”.

Masada is a symbol of the ancient kingdom of Israel. This rugged natural fortress, of majestic beauty, is situated in the Judaean Desert overlooking the Dead Sea. Herod the Great, King of Judaea, (reigned 37 ‘ 4 B.C.) built this palace complex, in the classic style of the early Roman Empire.

The camps, fortifications, and attack ramp that encircle the monument constitute the most complete Roman siege works surviving to the present day.