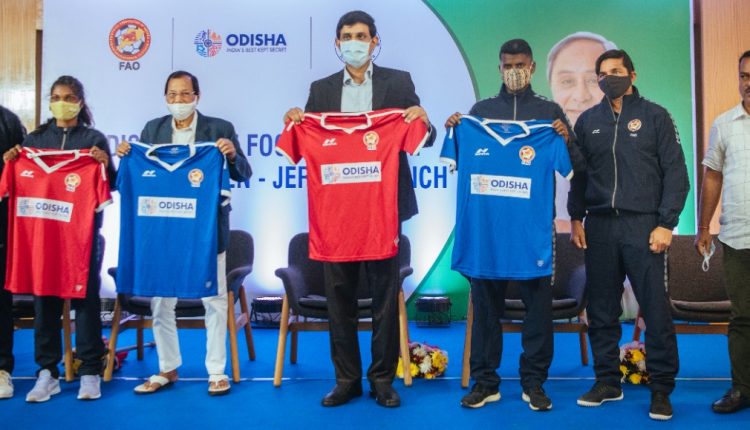 Bhubaneswar: The new Jersey for Odisha State Senior Men’s & Senior Women’s Football Teams was unveiled at the Kalinga Stadium, Bhubaneswar at around 2 PM on Tuesday.

A twenty (20) squad has been selected for the senior women Odisha team is been selected, who will be travelling to Kerala on the 25th of November 2021 in order to participate in the Senior Women National Football Championship – 2021-22.

A twenty five (25) member squad has been selected for the Odisha senior men’s Santosh Trophy Team who have their match at the Kalinga Stadium, Bhubaneswar from the 1st of December 2021.