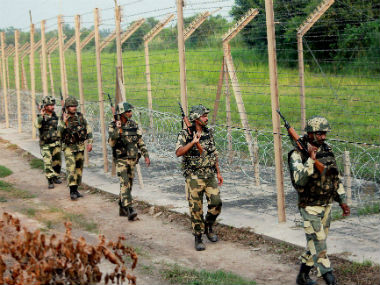 Jammu: The BSF was able to detect terror tunnel used by four Jaish-e-Muhammad (JeM) Fidayeen to sneak into Indian side from Samba sector.

It came to the fore after a 72-hour long in-depth scanning, BSF officials said.

According to the Director General of Jammu and Kashmir Police, Dilbagh Singh, on November 18 night, four Jaish jihadis, who were camping at Pakistan’s Chakpura terror launchpad – opposite BSF’s Regal Post in Samba sector –  used this terror tunnel to crawl like rodents into the Indian side of the border to carry out a spectacular attack on 12th anniversary of 26/11.

The JeM terrorists after taking advantage of darkness and thick elephant grass managed to reach the roadside to board truck already waiting for them on Indian side, he said.

The tunnel used by terrorists was nearly 150 metres from the international border (IB) towards the Indian side.

This is the ninth terror tunnel detected along the international border during the last few years. On August 28 BSF during anti tunnelling operation, had detected a similar tunnel in Bain Galar area of Samba. Looking at the designing of the tunnel, senior BSF officers feel that without the help of Pakistani establishment such construction is not possible.

Kumbh Mela-2021 will be held despite COVID-19 pandemic: Uttarakhand CM