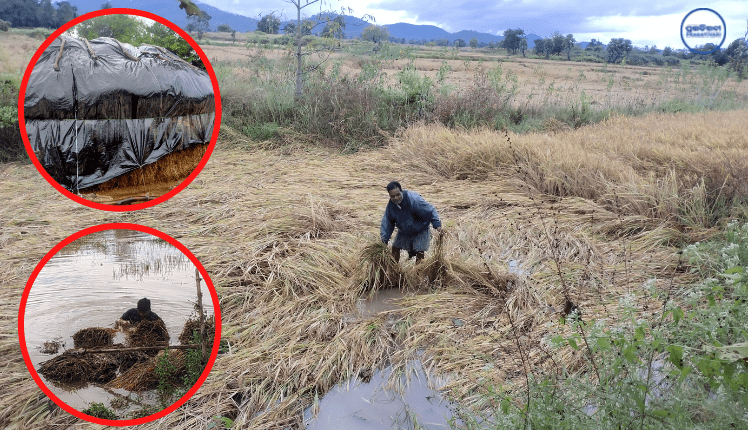 Bhubaneswar/Kolkata: Heavy rainfall triggered by the remnants of Cyclone Jawad has caused a large-scale damage to standing paddy and other crops, which were nearing their harvest, in the southern districts of West Bengal and various coastal districts of Odisha, even as authorities in both states ordered damage assessment.

Even though the cyclone lost its steam while still over the Bay of Bengal, it triggered heavy rains it coastal districts of both the states. The cyclone weakened into a low-pressure by Monday and was expected to move towards Bangladesh, while weakening further, according to the India Meteorological Department (IMD).

On Monday, the Odisha government directed all district collectors to furnish report on losses suffered to the standing crop in their respective districts. Minister for revenue and disaster management Sudam Marndi said he has sought damage assessment reports from all district collectors. “After a review on the damage caused due to the rainfall, financial aid will be provided to the affected persons as per the relief code norms,” said Marndi.

West Bengal agriculture department secretary OS Meena said the state authorities had issued an advisory well in advance, on November 30, to harvest the paddy crops. “Most of the paddy crops that were mature have been harvested. Those who had not planted the potato tubers were asked to delay the process by a week at least. We are taking stock of the situation, but the crops are insured,” Meena said.

The heavy rainfall came at a time when the paddy crops were on the verge of harvesting and several farmers had planted potato tubers.