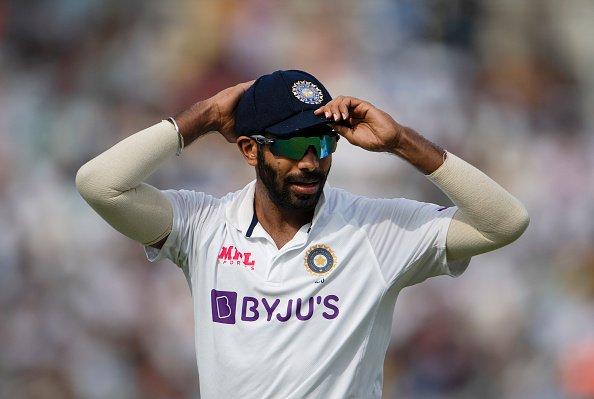 Mumbai: Jasprit Bumrah has been appointed India’s captain for the rescheduled fifth Test against England in the absence of full-time skipper Rohit Sharma.

The All-India Senior Selection Committee also announced on Friday that Rishabh Pant will be the vice-captain for the fifth Test.

Rohit, who tested positive for Covid during the warm-up fixture game against Leicestershire, has failed to recover, the BCCI said.

Notably, Rohit led India in the 4-day practice match against Leicestershire last week. The Indian captain batted in the first innings and scored 25 runs, but he did not take the field during the 2nd innings, raising quite a few eyebrows.

Bumrah will be the second captain for India in the Pataudi Trophy, which India lead 2-1, after Virat Kohli had been in charge for the first four games, before the last Test was pushed back following a Covid-19 outbreak in the Indian camp.

Bumrah is the first pacer since 1987 when Kapil Dev led India in Tests. Earlier this year, the fast bowler was appointed the vice-captain of the team for the limited-overs series against South Africa, and this time, he will have to don the captain’s hat as both Rohit and KL Rahul, who were originally named the vice-captain but were ruled out due to an injury, are unavailable for the fixture.
5th Testfifth Test against EnglandJasprit BumrahJasprit Bumrah To Lead IndiaRohit Sharma Ruled Out