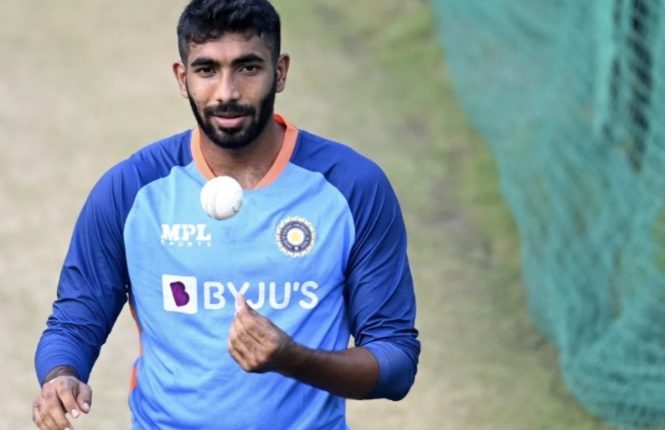 Jasprit Bumrah Out Of T20 World Cup 2022 Due To Back Injury: Report

New Delhi: India pace spearhead Jasprit Bumrah has been ruled out of T20 World Cup 2022 due to a back injury, reported news agency PTI quoting BCCI sources as saying. However, an official confirmation is still awaited.

Earlier on Wednesday, the BCCI taking to Twitter informed: “Jasprit Bumrah complained of back pain during India’s practice session on Tuesday. The BCCI Medical Team assessed him. He is ruled out of the first T20I.”

Jasprit Bumrah complained of back pain during India’s practice session on Tuesday. The BCCI Medical Team assessed him. He is ruled out of the first #INDvSA T20I.#TeamIndia

Now, the 28-year-old fast bowler is the second senior star player to be ruled out after Ravindra Jadeja, who is recovering from knee surgery.

Bumrah, who played two T20s against Australia, didn’t travel with the team to Thiruvananthapuram for the series opener against South Africa. Despite being given adequate rest from the management, Bumrah’s injury comes as a big negative as far as handling his workload is concerned.

India are in Group 2 in the Super 12 round of the T20 World Cup, along with Pakistan, South Africa, Bangladesh and two teams from the qualifying round. India begin their campaign against Pakistan at the MCG on October 23.