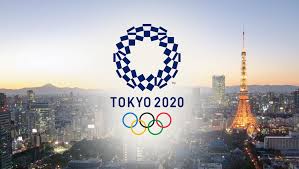 Tokyo: Japan’s prime minister said he was “determined” to hold the Tokyo Olympics as organisers on Friday brushed off a report claiming officials think cancellation is inevitable.

Though much of Japan is under a state of emergency due to the third wave of COVID-19 infections, Tokyo organisers have consistently vowed to press ahead with the Games scheduled to open on July 23 after having been postponed in March last year.

A government spokesman said there was “no truth” to a report Japan was now focused on rescheduling the event to 2032.

“We will clearly deny the report,” Deputy Chief Cabinet Secretary Manabu Sakai said in a press conference on Friday.

The Tokyo 2020 organising committee also denied the report, saying its partners including the Japanese government and the International Olympic Committee were “fully focused” on hosting the games as scheduled.

Concerns surfaced about the fate of the Games as Japan battles the third wave of virus infections, with polls showing around 80 per cent of Japanese oppose hosting the event this year.

The Tokyo Games are currently scheduled to open in just over six months, on July 23.

India slams Pak at UN over destruction of Hindu temple