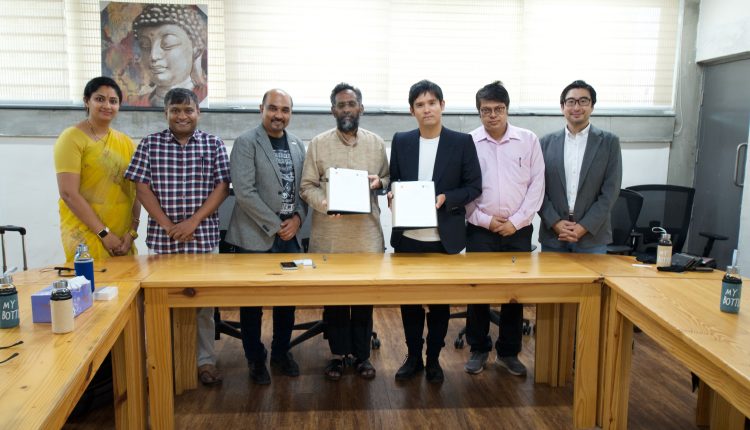 Hyderabad & Japan: Indian Institute of Technology Hyderabad (IITH) and Beyond Next Ventures India Pvt Ltd (BNVI), Bangalore, headquartered in Tokyo, Japan, to extend academia and industry cooperation. Japan Connect is a distinctive strength of IITH, and Innovation & Entrepreneurship is the core expertise of IITH, with 200+ patents & 100+ Startups on campus. Investment in innovations has resulted in the development of many pathbreaking technologies. This IITH-BNVI collaboration is going to usher in a new wave of innovations at IITH by investing and mentoring entrepreneurial ideas emerging from the IITH start-up community to go beyond bravely from ideas to markets.

“The MoU between IITH and BNVI is an iconic achievement to prove that the Indo-Japan collaboration has entered its next stage.  The collaborations between the two countries are broader and more diverse, where startups and their ecosystems are the emerging key factors.  I strongly support BNVI’s philosophy about Open Innovation to foster social innovation from early-stage technologies in laboratories.  Such a philosophy is very important to utilize the academic research outcomes better and more for solving the real-world problems in both countries and even beyond.”, said Prof B S Murty, Director, IITH.

“IIT Hyderabad has a strong and broad startup ecosystem, including multiple incubation centres, entrepreneurship curriculums, and student organizations.  The collaboration with BNVI will further increase the thrust of the startup ecosystem.  Development and networking of Human resources are also important aspects of sustaining Open Innovation.  IIT Hyderabad students will have more exposure to entrepreneurship experts from and through BNVI.  I hope our students will get a positive stimulation and become more proactive to found a startup utilizing the learning and R&D in the institute.”, said Dr Kotaro Kataoka, Associate Faculty, IITH.

Expressing delight in this collaboration, Tsuyoshi Ito, CEO, BNVI, said, “The DNA of BNV in Japan is in nurturing ideas and talent at the high-end research and lab levels and converting them into successful ventures. We have been investing in India for the last two years, and it gives us immense pleasure to begin this new journey with IITH, which has Invention and Innovation as its core ethos. We look forward to partnering with existing initiatives of IITH and supporting them from a Japanese Venture Capital Perspective and bringing some of our best learnings from Japan to contribute further as well as give the students opportunities in the Indo-Japan Open Innovation Corridor.”

Emphasizing IITH’s Japan Collaboration, Shah Mayur, Head, Business Development, BNVI, said, “Congratulating IITH for their impeccable contribution to the Indo-Japan relationship, Mayur Shah added that it is our unwavering belief that the future of the India-Japan relationship will flourish on collaboration around Open Innovation. We at BNV have strived to rise beyond the traditional VC role and spearheaded the Japanese companies’ collaboration with Indian Open Innovation Ecosystem. Our strong conviction on combining IDEAS from India and SCALE of Japan as a recipe for future Indo-Japan Economic Growth. This can be further catalyzed by leveraging the new collaboration with IITH.”

Avesh Khan ruled out of Asia Cup 2022 due to illness; Deepak Chahar replaces him