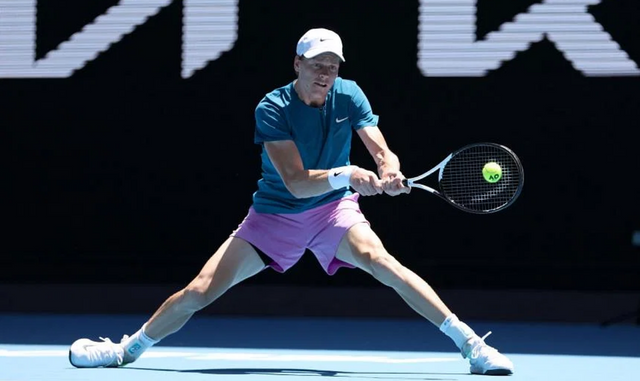 Melbourne: Jannik Sinner reached fourth round of the Australian Open as he outlasted Marton Fucsovics with 4-6 4-6 6-1 6-2 6-0 on Friday.

On the other hand, Barbora Krejcikova made swift progress after organisers defended their schedule at the Grand Slam over the previous day’s late finish.

The 20th-seeded Czech player won the first five games of the match.

Former French Open winner Krejcikova went through with a 6-2 6-3 victory over Anhelina Kalinina to remain on course for a potential meeting with American third seed Jessica Pegula.

Italian Sinner dropped only three games en route to the next two sets playing superior tennis against a fading Fucsovics.

He went on to blank his opponent to draw huge cheers from the crowd on Margaret Court Arena, which had witnessed an epic comeback from Andy Murray only hours earlier.

Americans Sebastian Korda, Frances Tiafoe and Mackenzie McDonald are all in action later in the day.

Woman Along With Her Paramour Kills Daughter, Throws Body From Moving Train