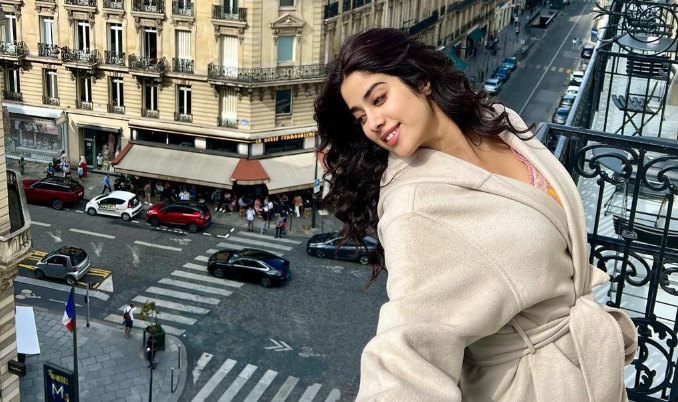 New Delhi: Janhvi Kapoor is one of the most loving actresses among the newbies in the tinsel town of Bollywood. The actress made her acting debut with the 2018 film Dhadak co-starring Ishaan Khatter, and ever since then, she has been in the limelight. Janhvi will soon be seen in Bawaal alongside Varun Dhawan. In the photo, one can see Janhvi chilling with Natasha Dalal and a couple of her friends at a boat. While Janhvi was seen wearing a white outfit, Natasha donned a black one. Both of them smiled for the picture, as they sat next to each other.