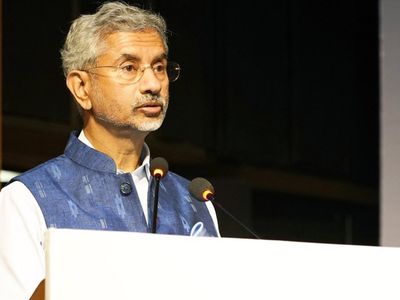 Jaishankar’s reaction has come after Sweden’s V-Dem Institute and US government-funded NGO Freedom House downgraded India in “democracy rankings” branding them as hypocrites.

The External Affairs Minister said India is not looking for their approval, is not willing to play the game they want to play.

The union minister highlighted the Modi government’s efforts to supply COVID-19 vaccines to nearly 70 countries across the world. He questioned the “internationalist countries” in regards to the coronavirus vaccines.

Worthwhile to note that the Congress leader Rahul Gandhi had claimed that India was “no longer” a democratic country while citing reports on Swedish Institute’s democracy report that has downgraded India from ‘world’s largest democracy to ‘electoral democracy’.

The Freedom House has claimed that “political rights and civil liberties have eroded in India since Narendra Modi became prime minister in 2014”.

Lilly Singh Dons ‘I Stand With Farmers’ Mask To Grammys