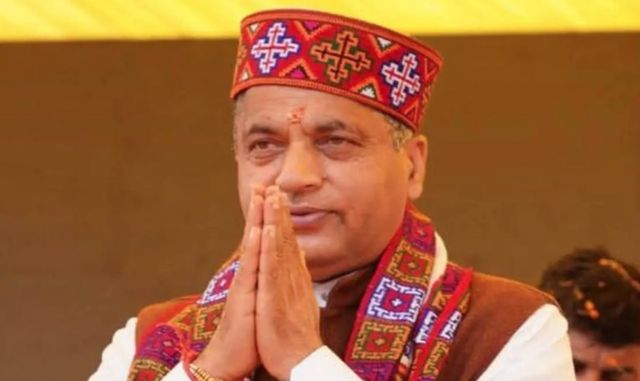 Shimla: Outgoing Himachal Pradesh Chief Minister Jairam Thakur on Thursday said that he will resign in a short while from now.

“I respect people’s mandate and I want to thank the PM and other central leadership for the last 5 years. We’ll stand for the development of the state irrespective of politics. We’ll analyse our shortcoming and improve during the next term,” Thakur said.

After four hours of counting – Congress seemed to have an edge over the BJP, according to the Election Commission data that showed that it was leading in 37 constituencies.

Thakur is leading in the Seraj assembly constituency in Himachal Pradesh by a margin of 38,000 votes over Chet Ram of the Congress, according to the Election Commission.

Meanwhile, the Congress party has convened a meeting of all its newly-elected MLAs in Himachal Pradesh in Chandigarh after the declaration of today’s results, and the meet was likely to pass a resolution authorising the Congress president to elect the CLP leader.