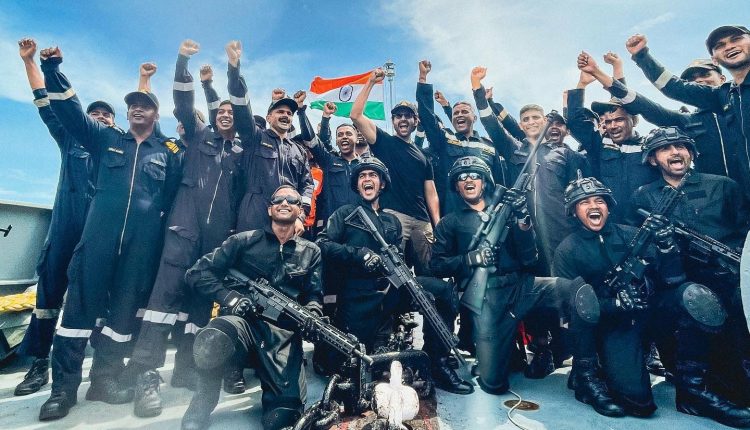 Kolkata: Actor Kartik Aaryan spent a day with the Indian Navy officers. The actor spent time onboard INS Kolkata, saw what it takes to live at sea and experienced firsthand the physical fortitude required to operate a mounted machine gun.

Kartik even tried his hand at making jalebis for the crew and participated in a head-to-head tug-of-war against the sailors. The day wrapped up with the sailors performing a variety of memorable numbers and Kartik Aaryan joining in.

He also chanted ‘Bharat Mata Ki Jai’ with officers. During an interaction, the actor called the officers ‘real heroes.’